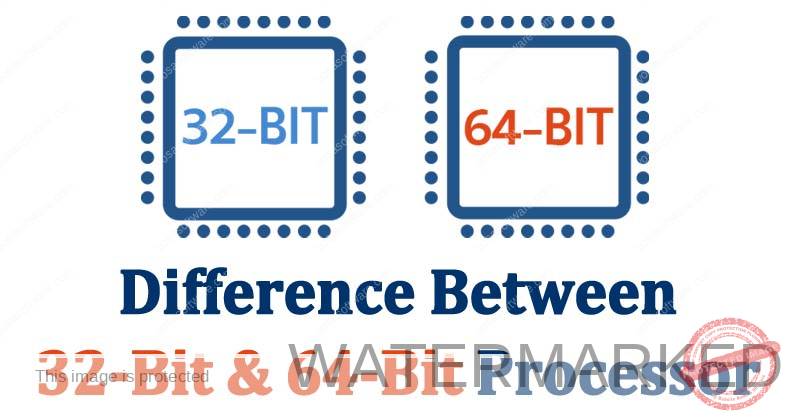 How to Know Processor Support 32-bit or 64-bit

SecurAble is a CPU Specs Viewer Software that can display the status of the three most significant security processor features. This utility checks by displaying the 32-bit or 64-bit processor bits, and whether the processor system has the 64-bit instructions or extensions required to run its version on the Windows operating system. The tool runs itself without needing to be installed with up-to-date capabilities and conditions.

The terms 32-bit and 64-bit are units of numbers that refer to the ability of the PC processor or CPU to handle various bits of information on the computer. Inside the CPU, there is a temporary data store called a register. This register serves to speed up the process of executing information or data.

To find out more, here we provide complete information about 32-bit and 64-bit operating systems.

What is the number of bits?

Difference between 32-bit and 64-bit

Unlike the 32-bit operating system, the 64-bit version is capable of running large-capacity RAM. The maximum limit of RAM that can be read by a 64-bit operating system is 192 GB. This system is suitable for heavy computer tasks such as rendering, creating 3D animations, and also playing high-spec games.

In addition to having more processing capacity than 32-bit operating systems, the 64-bit version is also equipped with a patch guard feature. This feature has a role to prevent malware or viruses that try to change the kernel settings on the computer.

Apart from data processing and RAM limitations, 32-bit and 64-bit operating systems also have differences in the work they can do. As we know, 64-bit systems are capable of performing various heavy-duty tasks such as video editing, creating animations, and playing next-gen games. While the 32-bit version is only able to do standard work such as typing, playing light games (old-gen), or playing various multimedia features on the computer.

Advantages and disadvantages of 32-bit and 64-bit operating systems

1. View information on system properties
The following steps are the method used in Windows 7.

– First look for my computer icon on windows explorer or desktop, after that right-click
– Select properties then the information will appear on the Windows operating system you are using
– Look at the bottom, there you can see which version of Windows you are using, is it 32 or 64 bit?

2. With the help of software
You can also check the version of the Windows operating system with the help of a third application. This software is called Secure. The size is very small and you can get it through links scattered on the internet. The way to use it is very easy. You just run it and on the first interface, it will immediately show you the version of the operating system you are using. Is it 32 or 64bit?

It is very important to know the version of the operating system you are using because it greatly affects the performance of the processor and the consumption of RAM.

Well, that’s a little information about 32-bit and 64-bit systems. Have you decided which system to use? Whatever your choice, make sure the system is compatible and able to optimize the performance of your computer.